Anyone following the health blogosphere has undoubtedly come across glutathione.  Glutathione is the all-proclaimed King of antioxidants.  The reason glutathione holds the crown is manyfold…

The problem is, glutathione is water soluble.  Luckily it’s found in both the nucleus and cytosol where it repairs damaged proteins.  And therein lies the problem.  Since it’s water soluble, it may not have much of an effect on lipids.  You know, like what your cell membrane’s made out of.  The thing that communicates with the outside world of the cell.

So while the whole world pines over glutathione, it turns out we’re missing something.  And the new contender is a former waste product that just may play a pivotal role in healing your gut.

Bilirubin: A new player in the game

Bilirubin is an interesting compound and a component of red blood cells.  Red blood cells typically stick around for 120 days after which they split and get broken down.  In either situation, heme gets released and broken down in to iron, carbon monoxide, and biliverdin.  This process is performed by macrophages in every organ, but mostly the spleen, liver and bone marrow.

The cool thing about the conversion of heme to biliverdin to bilirubin is that you can actually see it.  When you first get a bruise, the red hue you see is due to hemoglobin.  As heme gets released and broken down, biliverdin is created and lends a green color.  As biliverdin gets converted to bilirubin, the color changes from green to the trademark bilirubin yellow.

Both biliverdin and bilirubin are bile pigments because they’re components of bile and lend color to it.  Bilirubin gets sent to the liver and conjugated with glucuronic acid to make it water soluble.  It’s then dumped in to the gallbladder and mixed with bile.

The enterohepatic circulation of bile

Since bilirubin is fat soluble, conjugation in the liver is necessary to make it water soluble.  This prevents it from passing through the fatty cell membrane of enterocytes.  In other words, it stays in the gut.

The conversion of bilirubin to urobilinogen is dependent on gut bacteria.  Thus, the color of your urine and feces are both a sign of the bacterial make up of your colon.  Clear urine or pale colored stools can be a sign of bacterial dysbiosis.  It can also be an sign of poor enterohepatic circulation.

I thought we were talking about antioxidants

Getting back to our discussion, recent evidence points to  bilirubin as an important antioxidant.  Since bilirubin is fat soluble, it’s more suited to prevent lipid peroxidation.  Recent studies found that glutathione protects against oxidative damage to proteins.  Bilirubin, on the other hand, had a pronounced effect on lipids but not so much on proteins(1, 2).

This illustrates an important point.  While glutathione is important, its cell repairing effects are limited.  Rather than crowning glutathione the antioxidant champion of the world, it’s important to realize that bilirubin has complementary effects.  Both are necessary to maintain total antioxidant defense of cells.  In other words, they’re tag team champions. 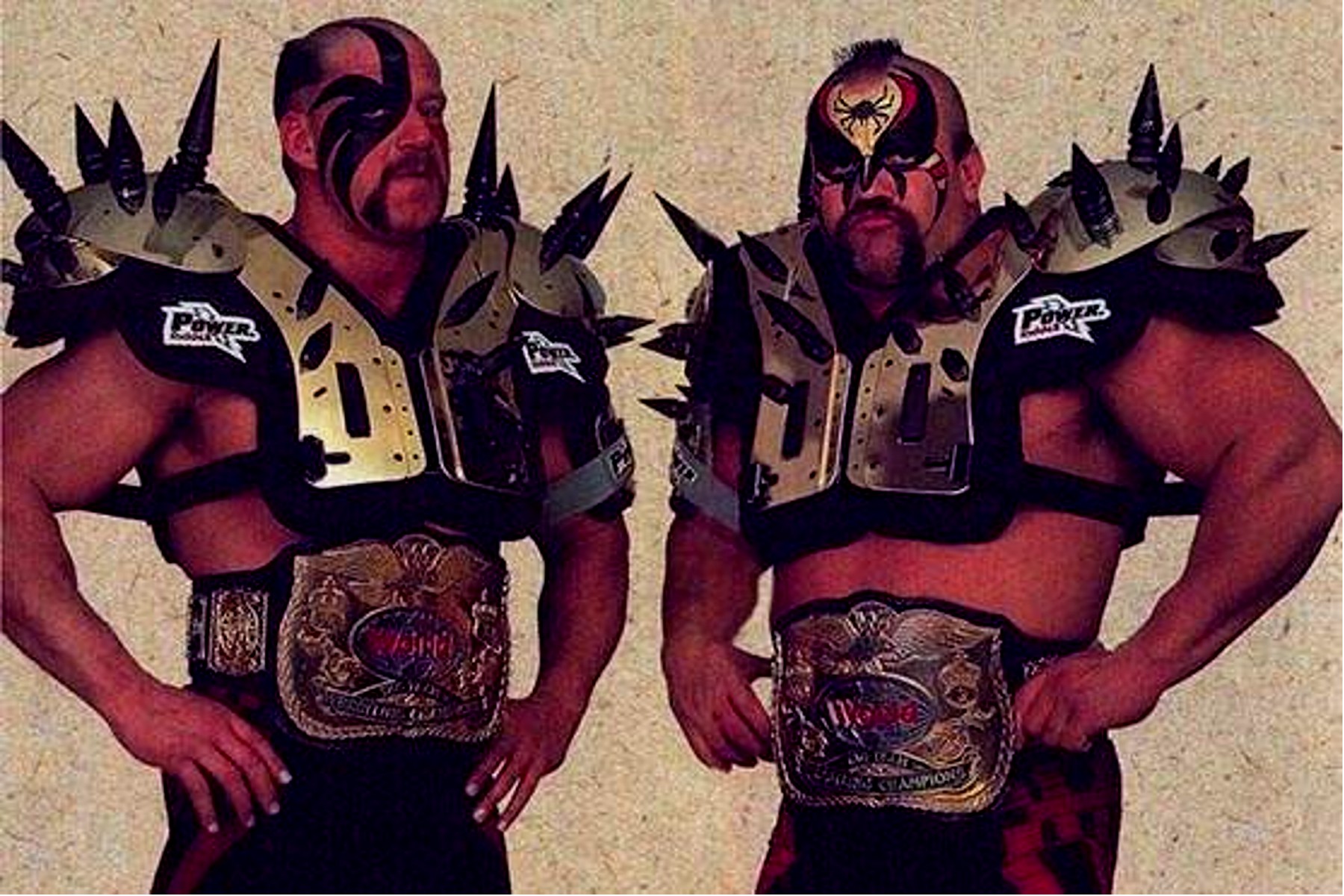 Glutathione does a great job of preventing the accumulation of oxidative damage to proteins.  Bilirubin protects against oxidative damage to lipids.  Since proteins are mostly  inside cells and lipids make up the cell membrane, this means glutathione cleans house inside while bilirubin shores up the perimeter.

Both of these processes are important, but ignoring lipid peroxidation is problematic.  Many don’t realize how important a stable cell membrane is.  It’s integral to keeping foreign things out of cells and plays a critical role in cell communication.

Dr. Bruce Lipton, noted cell biologist, produced groundbreaking research identifying the plasma membrane as the “brain” of the cell(3, 4).  In the past, people referred to the nucleus as the “brain” of the cell, but cells can live for a time without a nucleus.  This is because the nucleus is a set of instructions that gets carried out based on the cell/environment interaction.  Removing it prevents you from making new proteins, but you still get use out of the proteins you’ve already made.

Think of it like a salt shaker.  If you crack open a salt shaker some of the salt will flow out to the area just outside the shaker.  You’ve changed the percentage of sodium in the salt shaker and in the surrounding area.  Imagine the salt shaker is so dependent on the ratio of salt inside and out that it spends 2/3 of its energy trying to keep that balance.

Time to jump out of that analogy and in to what I’m talking about.  What I’ve just described to you is a nerve cell.  A nerve cell spends 2/3 of its energy operating the sodium/potassium pump. It does this to maintain a specific ratio between the 2 ions for proper communication.  For a nerve cell to fire, this ratio cannot be disturbed by a damaged cell membrane.  All cells in the body spend at least 20% of their energy operating this pump, and a pump is only as good as the bucket holding the water.

On the micro level, your cells need to be healthy to do their job.  For proper inter- and intra-cellular communication, the cell and nuclear membranes must be intact.  I don’t know if bilirubin does this in cells of the CNS, but there is evidence it plays an important role there(6).

Where all the bilirubin at?

The odd thing is that cells contain little bilirubin, 1/100000 the level of glutathione.  But the thought process is that bilirubin recycles far more often than glutathione(7).  This allows cells to maintain a low level of bilirubin yet still benefit from its powerful antioxidant effect.  This is important because high levels of bilirubin are toxic to cells.  Of particular interest…Both get recycled using NADPH as a cofactor…which can be tweaked.  Check out this blog and this blog on my old site for the science

This may be where the confusion about bilirubin arises.  I’m sure you’ve heard of jaundice, which is caused by elevated bilirubin.  Jaundice is not ideal, and it’s not ideal because high levels of bilirubin are toxic.  And the line between protective and toxic is extremely thin.

There is, however, a happy middle ground.  Mildly elevated serum levels of bilirubin are protective against cardiovascular disease(8, 9, 10).  The mechanism behind this is pretty straightforward.  Cardiovascular disease(CVD) is caused by the accumulation of plaques on blood vessel walls.  These plaques are caused by the oxidation of lipids, specifically LDL(Low-density lipoproteins).  Since bilirubin is effective at repairing lipid oxidation, elevated levels are protective against CVD.

Back to the gut…

Most things in biology happen for a reason.  Bilirubin must play some role in the digestive tract if it gets dumped in to it 7-10 times day.  Let’s just say it doesn’t play any role in digestion.  While you worry about eating fiber and colored vegetables 3 times a day, bilirubin is lapping them 3 times over.  Interacting with your microbiome…Giving it high fives and manipulating the environment.  Think this is something you need to pay attention to?

There is some evidence that bilirubin plays a protective role in the gut(11 12, 13).  While this is preliminary, the mechanism is there.  Coupled with the regular dumping of bilirubin in the gut every time you eat and even when you don’t, I think it’s safe to say it’s not just a waste product.  If it were a waste product we wouldn’t make it in the first place.

Recent research has shown the interaction between bilirubin and the microbiome plays an important role in crosstalk between the microbiome and liver.  This interaction seems to impact the circadian clock(14), but further research is needed.  Perhaps neonatal jaundice isn’t necessarily a bad thing, but one of the pivotal processes involved in seeding the microbiome.

Now that we’ve identified that bilirubin may play an important role in regulating the gastrointestinal environment, it’s important to figure out how to increase it in a safe manner.  We’ll cover this next Thursday.

7 thoughts on “Is there an antioxidant more powerful than Glutathione?”